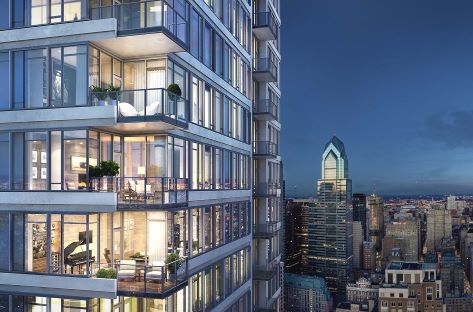 If you’ve spent any time in Philadelphia, you’ve almost certainly been in Center City. The beating heart of the city of over one and a half million people and the iconic symbol for the metro area of more than six million, Center City is the most famous part of Philadelphia. Even for those who’ve never been to Philly before know the sights. City Hall, Rocky Steps, Independence Hall, Broad Street, and Rittenhouse Square are all Center City favorites, seen both here and around the world.

Maybe you’ve lived in Philadelphia for a long time, long enough to remember when Center City was a place that was hit-or-miss, had some pretty barren pockets, and didn’t exactly elicit the enthusiasm of everyone who walked its streets. Perhaps you’ve also noticed the slow-but-steady change that’s gone on during the last two decades or so. Thanks to the work of the Center City District, an organization seeking to promote the development and success of the downtown area, Center City has undergone a revitalization stretching from river to river.

In the past 20 years, the population of the Greater Center City Region, an area that stretches from the Delaware to the Schuylkill, and from Girard Ave to Tasker St, has seen a population increase of nearly 38%, making it the fastest growing area of the city. As of 2020, that same area sported a population of 202,100, while the core of Center City checked in at just under 70,000 people.

It’s easy to see why. From projects focusing on cleaning up parks and streets to total overhauls of established neighborhoods such as the creation of the Fashion District, the city has been tirelessly investing resources to improve the quality of life for Center City residents. Property development has been encouraged by the implementation of a tax abatement for qualifying properties, and home values continue to rise as a result of the steady development radiating from City Hall to the surrounding neighborhoods. With 44% of Center City’s population between ages 20 and 34, the area is abundant with energy and youth, and should continue to be for some time.

Go and visit, whether you have never been or even if it's just been a while!