End of Evictions Moratorium: What Does It Mean for You? 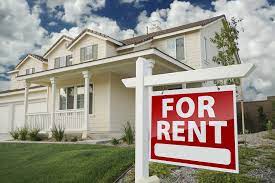 When the true weight of the pandemic began to set in all over the country, many lost their source of income. Soon, bills of all kinds began to pile up, and for millions of Americans, paying the monthly rent or mortgage became even more difficult than it was before.

Without income to pay for housing, the rent problem began to increase in scale- when landlords don’t receive rent, they can’t pay their lenders. Compounding this was the pandemic-specific need to remain at home, distant from other people. As the spring turned into summer, it quickly became clear that the normal endgame solution for non-payment of rent- which is eviction- was not going to be feasible given the circumstances at hand.

So last summer, an executive order was signed to sustain a moratorium on evictions for any tenant making less than $99,000 per year (and twice that much for families), as over eight million renters reported falling behind on rent payments since then. The decision was made by the Centers for Disease Control, signed by President Trump, and has since been extended multiple times, including once by President Biden. So, what’s the catch?

Unprecedented times called for unprecedented relief measures, but those relief measures aren’t sustained indefinitely. Earlier in the year, a group of Alabama and Georgia Realtors brought a suit against the measure, arguing that it harmed landlords and was no longer necessary. Ultimately, the question the court had to answer was this: did the C.D.C overstep its authority by imposing the moratorium in the first place.

The decision by Judge Dabney Friedrich of the U.S. District Court for the District of Columbia ruled that the C.D.C had indeed overstepped its given authority in putting forth the moratorium on evictions across the country. The suit argued that the burden of making payments had been unduly shifted to landlords, and sought relief for homeowners and those providing housing to renters.

Critics of the moratorium argue that the growing economy, falling unemployment applications, and increased hiring rates means a nationwide blanket moratorium on evictions was no longer necessary. Supporters of the moratorium fear that the sudden lifting of the eviction ban could lead to a crisis in which renters who are behind on payments could lose their homes while still in a pandemic.

What does this mean for you? If you’re a renter who is behind on your rent payments as a result of the pandemic, we recommend getting in touch with your landlord sooner rather than later. If you’re looking for housing, Copper Hill can help.