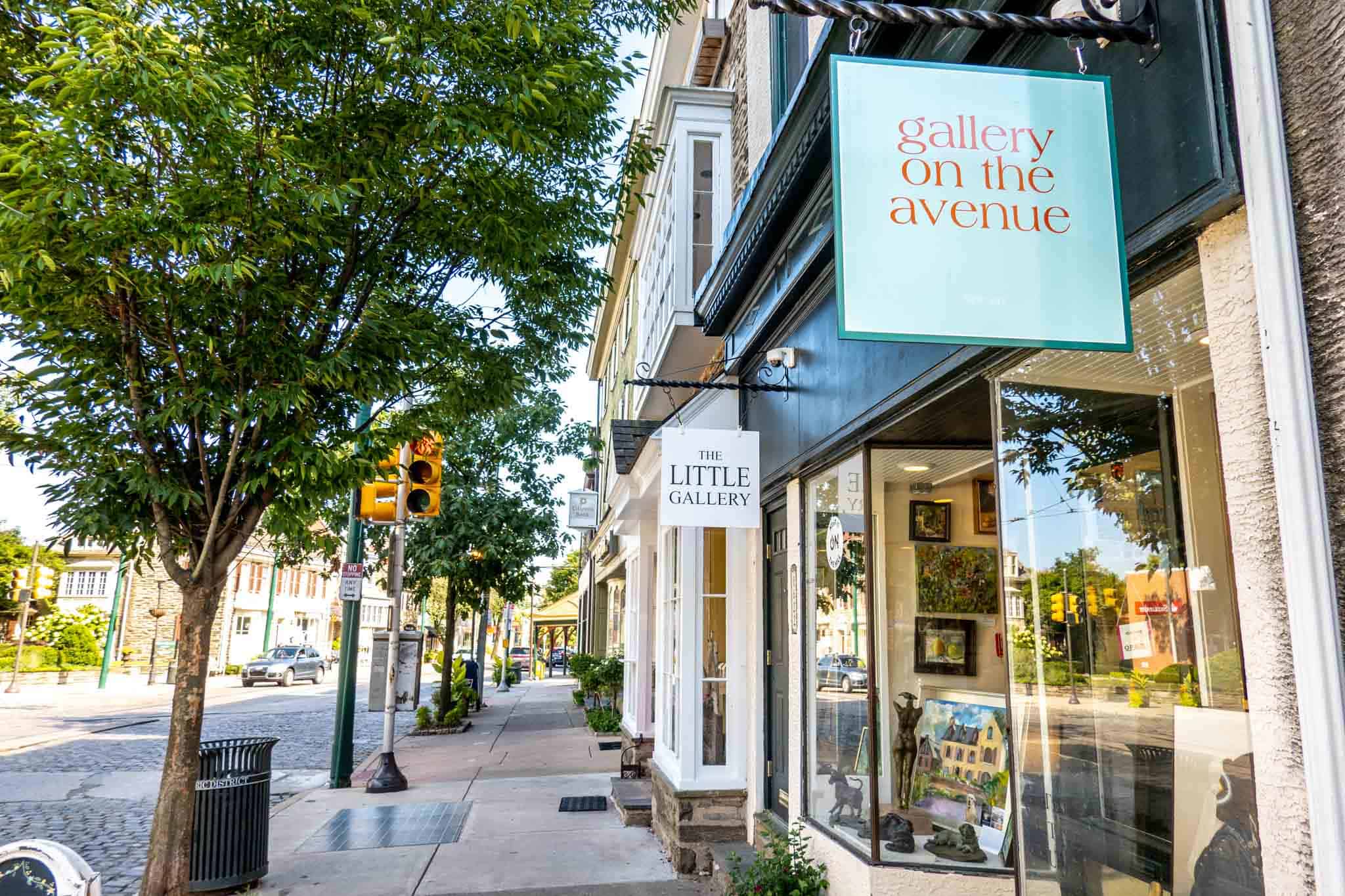 Nestled in the far northwest of the city of Philadelphia, quaint and quiet Chestnut Hill has long been one of the most desirable neighborhoods in the city. With sprawling forests and greenery populating its many backstreets, the area is filled with large stone houses reminiscent of centuries past. Walking through Chestnut Hill feels like a trip back in time, in the best way possible.

Originally a vacation destination for wealthy Philadelphians in the colonial era, Chestnut Hill has retained its old-world charm while boasting a wealth of cultural and culinary institutions. The neighborhood is known for its cobblestone streets, independent establishments, and its setting high in the hills of the Wissahickon; perhaps you’ve climbed to the top of Devils Pool? The neighborhood spans from Cresheim Valley Road to the Montgomery County border (Northwestern Ave) to the west; the southern end is the Orange Trail in Wissahickon Valley Park, while its northern end is the border with suburban Wyndmoor, which lies mostly along Stenton Avenue.

Chestnut Hill is connected to the main grid through a few arterial routes, mainly Germantown Avenue and Stenton Avenue. Follow these streets all the way down, and you’ll eventually reach Broad Street. Getting out to Chestnut Hill is easy- just take either of the Chestnut Hill SEPTA Regional Rail Lines, or one of the many buses, namely the 23 or the L. If you're looking for educational opportunities, the neighborhood is home to J.S. Jenks Elementary, Norwood-Fontbonne Academy, The Crefeld School, the prestigious Springside Chestnut Hill Academy, and Chestnut Hill College.

Chestnut Hill is home to many of Philadelphia’s artisans and craft makers, as well as many homestyle kitchens and breweries, giving it a bit of a small town feel. You’ll find restaurants and drinking establishments lining the street on historic Germantown Avenue. We suggest Cosimo’s for a slice, Bredenbeck’s for a pastry, McNally’s for a drink, and the Chestnut Hill Hotel for a more formal dining experience; if you want a quick bite, don’t skip out on Cosimo’s for a slice! Play pickleball, tennis, or shoot hoops at the Water Tower Rec Center, hike in the woods behind Cherokee Street, or stop by Hideaway Music for some vinyl records. In a place like Chestnut Hill, it’s easy to have a great day, every day.