The Sixers? At Penn's Landing? 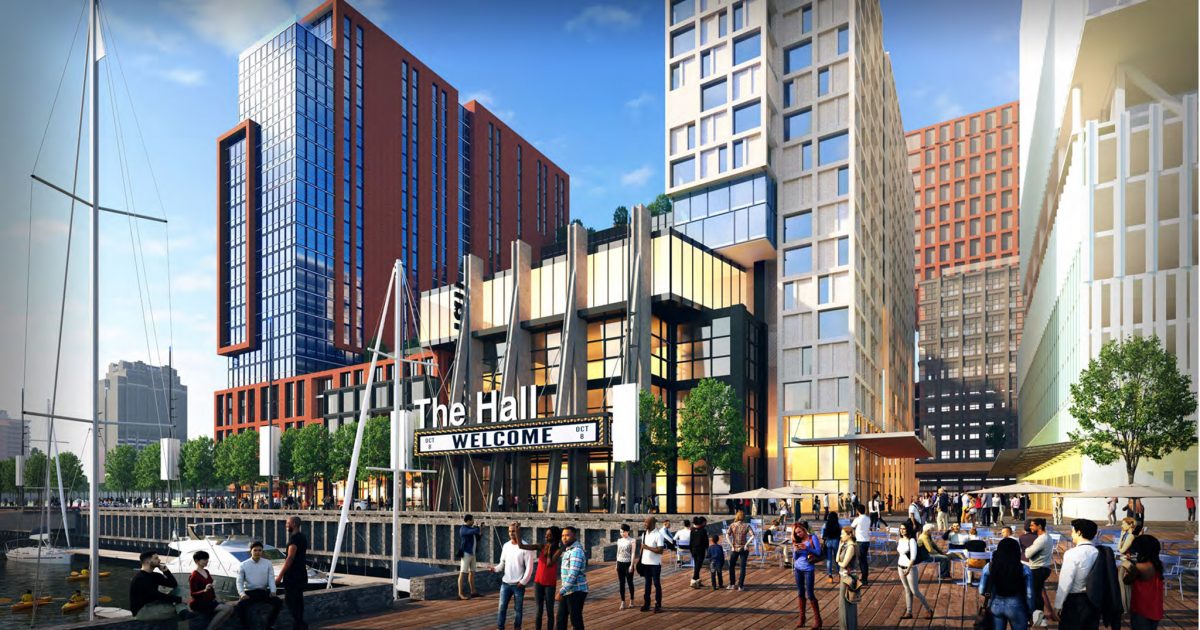 The Sixers? On the waterfront? I know what you’re thinking (no freaking way), but perhaps there’s some credence to this idea after all.

Since they moved to our city from Syracuse, the Sixers have made their home in a wide variety of buildings across the city. From their start at the old Convention Hall at 34th and Spruce, the Sixers then moved on to play at Philadelphia Arena at 46th and Market for a few seasons and the oft-derided but still beloved Spectrum from 1967 through 1995 before settling into their current digs at the FirstUnion Wachovia Wells Fargo Center, where they’ve been playing full-time since 1996. Aside from inexorably crushing playoff losses, there’s almost nothing more evocative of Philadelphia itself than hopping on the Broad Street line and heading down to Pattison Avenue to watch those Sixers.

Of course they would. But as much of a jolt as it is to imagine them playing anywhere besides the complex that is about as South Philly as South Philly gets, the idea has been kicked around for some time, and it’s not entirely out of the question.

The Durst Organization, planners and builders based in New York, were recently selected to help in the half-century-old effort to develop the riverfront area cut off from the city by I-95. Their 2.2 billion dollar proposal would include the building of apartment towers, shops, and office space in the four acre park on the river between Walnut and Chestnut.

The next bidders in line? The Philadelphia 76ers.

Now, the Sixers’ plan was hardly a shoo-in. Apart from building a stadium, the Sixers would have been trading land area for location; it doesn’t take a rocket scientist to notice the difference in parking and accessibility between South Philly and Old City. It would also have taken a large public subsidy; think 800-ish million tax dollars generated from the project being redirected to pay off construction debt, a maneuver known as Neighborhood Improvement Zone.

The city ultimately chose the Durst Organization’s proposal for two reasons; the creation of nearly two thousand permanent jobs, and the avoidance of tax breaks which the Sixers had asked for in their pursuit. But that’s not the end of the story. There are miles of space to develop along the river, and sooner or later, the Sixers are going to need a new home.

Will Interest Rates Continue to Rise?